Time management is one of the most important aspects of giving the GMAT, and maybe one of the most difficult as well. Almost every student prepping for the GMAT has, at one point in the prep or the other, struggled with finishing questions within the average time that one gets during the test. The biggest misconception about time management on the GMAT is also this above-mentioned average time. Along with that there are many simpler things that students get wrong, about time management on the GMAT, which makes this blog long over-due.

WHY SHOULD YOU MANAGE TIME ON THE GMAT?

Unlike many other standardized tests, the GMAT is a test where even a few unanswered questions could affect you much were than a few wrong questions.

Thus, going through all questions even though you answer a couple wrong is more important than answering every question right.

So being slow might be an option, but it is surely a hazardous one. Going too fast on the GMAT is also almost as hazardous as going slow.

Trying to rush through questions could end up making you miss crucial information or make careless mistakes like misreading the units, botching up a conversion.

Pacing on the GMAT is also not something that can be learnt in a day, or a week. It needs to be understood and practiced over-time to really get the hang of.

This is why emphasis is placed on GMAT time management, by everyone who has ever given the GMAT.

Since GMAT is a Computer Adaptative Test. This means that a high score on the GMAT isn’t dependent on how many questions you get right, rather it is dependent on which questions you got right. Every right answer on the GMAT is followed by a question that increases in the level of difficulty in each section. Thus, incorrect answers to some of the most difficult questions might not take away as many points as incorrectly answering an easier question early in a section.

This is a necessary piece of information, to know how to divide your time amongst questions in different sections. This brings us to our next point.

Pacing is the art of dividing up time amongst the different questions on a section on the GMAT. The way it differs form average time per question type, which we’ll discuss further in this blog, is that pacing doesn’t allot a question to a single question. Rather, it allots to a cluster of question based on their placement on the test.

Now, you have no idea what concept will be faced with first in either Quant or Verbal on the GMAT. But you do know that the first few questions, and how you answer them will set the tone for the rest of your test.

When you invest money, you always invest it in various projects. However, you invest the highest amount in the project you know will get you a sure return, even if not the highest.

The first few questions on both Quant and Verbal are that investment option, and your money is the time you have. While, you will be required to invest some time in all the questions on these sections, the smarter thing to do will be to allot a good amount of time on the first 10 questions as they set a base score for whichever section you’re attempting.

Before I explain pacing any further, look at the table below. It shows the approximate time that should be left on the timer when you start attempting the given question number.

This is called setting benchmarks. Having these benchmarks would mean that you don’t have to constantly worry about checking the timer after every question. More on this in the next point.

If you’re too late on a benchmark, take this as a warning to pick up speed.

Practicing this while giving mock tests is very important.

USE YOUR INTERNAL CLOCK

A human’s internal clock is much stronger than we believe. If you train yourself, your internal clock can remember what a minute of doing a certain activity feels like. This is something that can be very useful to you in the GMAT.

Since looking at the timer after every question consumes precious seconds on the test, getting to know what a minute feels like could spare you a lot of time. Also, the timer on the GMAT exam counts backwards, meaning you’d have to make subtractions in decimal points to figure out the time you’ve spent on questions.

Rather, practice with a timer. Set your timer to a minute. Use this one minute to figure out how you will attempt a question. When the time runs out, and you still don’t have a plan of attack for a question, note that concept down as a concept you need to strengthen and then work on the question.

If you had a plan of attack, solve the question within the time you have allotted the questions of that type. If you still aren’t able to answer the question in the said time, mark it down as a concept you need to learn strategies for.

Now let’s talk about what this average time for a question type is.

Average time per question type refers to the time you can solve a question under a particular concept in. This concept could range from algebra and geometry in Quants, to sentence Correction and Reading Comprehension in Verbal.

Let’s first take a look at the number and types of questions one has to face on the GMAT.


Rushing through questions in any of these sections, whether in the beginning or at the end, will result in either missing out on questions or answering them incorrectly. While the GMAT doesn’t penalize for wrong answers, the GMAT Official Guide 2019 does say that missing 5 questions on the Verbal section will bring a 91 percentile score down to 71 percentile.

So how do you calculate the average time per question type?

In case this time is higher than you would like it to be, do not try to push yourself to lower it immediately as that would affect your accuracy. Strengthen the concepts that you’re struggling with and formulate better plans of attacks for those particular questions to slowly lower your average time.

If you practice this throughout your GMAT prep religiously, you will have the hang of your average time per question by test-day and won’t have to look at the clock after every question to find out if you’re on schedule.

Predicting the answer is exactly what it sounds like. You don’t need a crystal ball to do it.

Once you are comfortable with the concepts on the GMAT, try predicting what the answer to a question would be without looking at the answer choices. This works best for the Verbal section.

It can easily bring down your time to just one-minute per question if you practice it enough.

The process to predict an answer on sentence correction is simple. Before looking at the option choices, find out the error in the question and then look for the answer choice that is exactly same or close to your prediction. This might not work every-time if you still have some weak spots in your grammar concepts.

I don’t know how many different blogs about various GMAT strategies have brought me back to this point. And since they have, I have realized that this is probably the most important GMAT strategy there is.

Mock tests should be a regular part of your GMAT prep plan. Without prep tests, I doubt someone could crack the 700 barrier on the GMAT score board.

To practice time management, a mock test is the best place. It will help you to understand how you would fare while using these strategies, without the $250 fee.

But just sitting down for a three-hour test isn’t the best way to optimize your benefits form the GMAT mocks. Having a pattern for taking a mock test will ensure you get the most out of the three or so hours you spend on the test rather than just knowing your current score. Your environment for your mocks and your approach to them should be like that of the actual test.

Take breaks and select the same section order that you would select on the actual test.

Something we need to establish is taking a mock test during any time of the day as you please shouldn’t be a habit.

When you select your date and time-slot for the GMAT, let’s assume you selected a morning slot for it. Taking your mocks on the same time-slot as the one you selected will help you identify any problems you might face on test day.

It will also help you realize if the pressure of the complete test messes with your perception of time.

KNOW WHEN TO SKIP A QUESTION

You can’t really skip a question on the GMAT. But I still wrote it as such because I want it to be easily differentiable from guessing on a question. I would generally advise to have a full-fledged guessing plan ready for test day, but this part is a little different.

Here we will talk about questions that you will blindly take a guess on.

These are the questions that you have no plan of attack for.

If you haven’t figured out how to approach a certain question within a minute, or don’t even understand what exactly the question requires you to do, chances are you will not be reaching an answer within the next minute or so.

This is also a way to save your resource, time, to allocate them to any other questions that might need them and also help you score.

Thus, if you find yourself with no plan of attack after spending a minute on a question, take a random guess on it. If you’re practicing, take as much time as you want to solve this question and understand the concept after you’ve taken a guess that you would have probably taken on the GMAT. 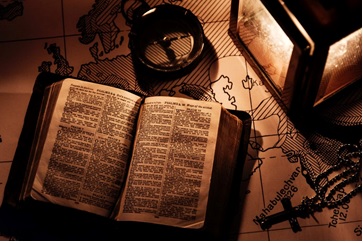 The GMAT is laced with tricky questions. Questions which have too much information, confusing wording, or long unwinding sentences, can take up a test-takers time much more than the test-taker would have planned for.

Reading difficult literary works will do two things for you; first, it will put you in a habit of comprehending complex sentences, and second, it will help you increase the speed you read at for Reading Comprehensions and Critical Reasoning Questions.

Don’t assume only Verbal questions are wordy and confusing. IR and Quant questions also carry extra information and can benefit from the skill you would pick up from this activity. You will learn to identify and exclude only useless information, and focus on what exactly the question is asking.


It might seem like a lot in the beginning, but time management on the GMAT will almost become second nature to you if you practice it throughout your GMAT prep.

What you can do is follow these strategies and mark an answer for every question you practice. Once you have marked that answer within the time frame, go in and take your sweet time solving the question.

Applying any and every GMAT strategies to your prep is the secret to a 700+ GMAT score, so don’t let anyone tell you otherwise.

About Us | Blogs | Media © Pythagurus, All rights reserved.
  

About Us
Features
Our Team
Pricing
Chat with Jatin
Free Webinar - Chat with Jatin